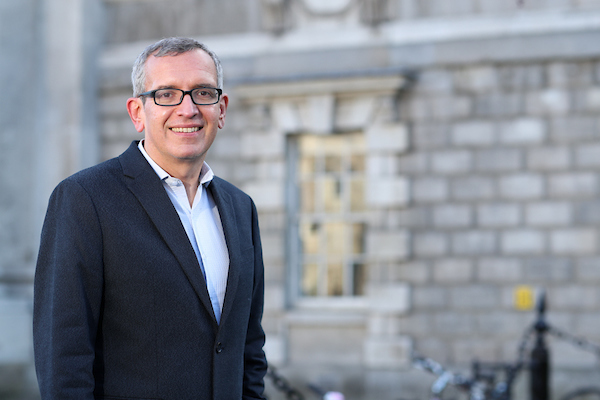 Professor DaSilva has been a professor at Trinity since 2009. Previously, he spent six years at IBM and seventeen years as a professor in Electrical and Computer Engineering at Virginia Tech.

Professor DaSilva is the coordinator of several international research programmes involving academic and industry partners in Brazil, China, the US, Northern Ireland, and throughout Europe. He has attracted €3 million of Horizon 2020 and FP7 funding for wireless communications and networks research projects.

Professor DaSilva’s research focuses on distributed and adaptive resource management in wireless networks, and in particular spectrum and infrastructure resource sharing for next generation networks. He is responsible for seminal work on cognitive networks and on the application of game theory to wireless resource management problems. He is currently working on a new architecture for virtual wireless networks orchestrated from resources belonging to heterogeneous technologies and multiple stakeholders. Professor DaSilva’s research combines theoretical modelling of network resource planning and usage with hands-on testbed implementation of dynamic resource management solutions.

Professor DaSilva is currently a principal investigator on research projects funded by the National Science Foundation in the United States, Science Foundation Ireland, and the European Commission under Horizon 2020. He has also co-authored two books on wireless communications.

In addition to being a Fellow of Trinity College, he is also an IEEE Communications Society Distinguished Lecturer, and a Fellow of the IEEE in recognition of “contributions to cognitive networks and resource management for wireless networks”.

“We extend our congratulations to Professor DaSilva as the new Director of CONNECT. He is widely recognised as a world leader in the field of telecommunications research, which is one of Trinity’s strategic research themes. Professor DaSilva has been hugely successful at attracting Horizon 2020 funding as well as collaborating with multiple industry partners.

“I also wish to pay tribute to Professor Linda Doyle who is now our Dean of Research. Her commitment to the growth of CONNECT and its precursor, CTVR, has positioned Trinity as a global leader in the area of networks research.”

“I am delighted to welcome Professor DaSilva to his new role as Director of the world-leading SFI Research Centre CONNECT. His outstanding academic record and existing relationships with industry partners are evidence that he is well placed to build on the Centre’s success and Ireland’s international reputation for research excellence.

“CONNECT’s Internet of Things research is particularly topical as it increasingly becomes a reality in our daily lives. The solutions delivered by CONNECT’s research have huge potential to benefit Irish society and enterprises.”

Commenting on his appointment, Professor Luiz DaSilva, said: “I look forward to working closely with CONNECT’s talented team of researchers in our ten partner higher education institutes. The Centre has expanded rapidly over the past three years and I am excited about the opportunity to build on this success.”