The objective of Pervasive Nation is to build an Internet of Things testbed of scale which will become a resource for industry, government and academia, and act as a strong catalyst for Internet of Things research and innovation.

These provide end-to-end connectivity allowing users to shape the future of the Internet of Things. Pervasive Nation is particularly suited to the connectivity and networking of small, simple devices in difficult to reach locations or in remote areas. These devices would normally require battery operation or have only small energy scavenging needs and require a low data rate.

Pervasive Nation is supported by Science Foundation Ireland via a Research Infrastructures Award made to CONNECT in January 2016. 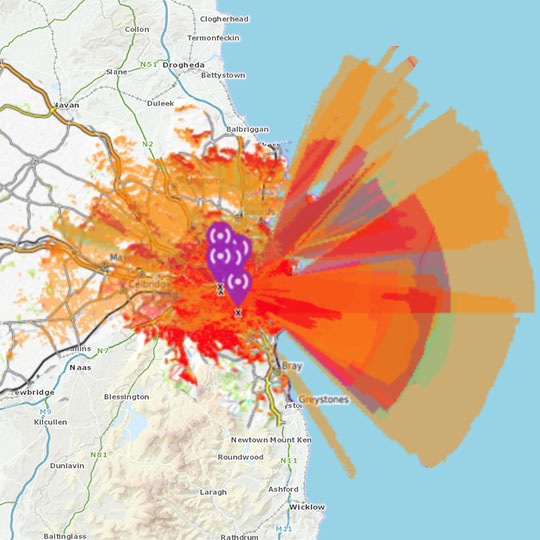 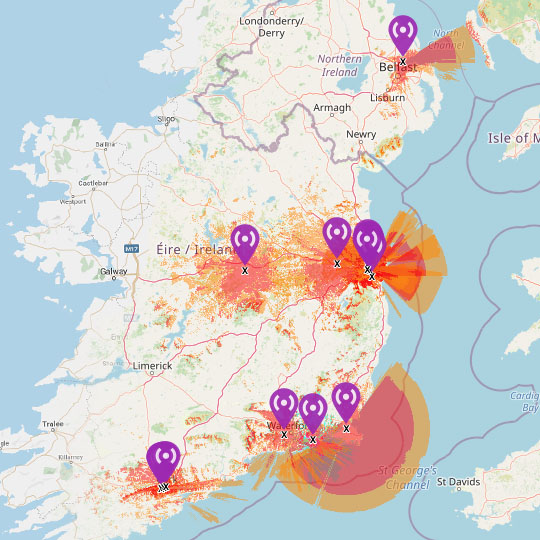 Joining Pervasive Nation provides you with access to a wide range of highly experienced engineers and researchers who can provide advice and assistance in helping you shape your IoT technology, product, service and business future.

Although Pervasive Nation has been built initially from LoRa technologies it is capable of supporting multiple, different flavours of LPWA networks.

Pervasive Nation is open and extensible allowing our partners to join their own networks securely and leverage features such as scale, resilient back-end management and application enablement platform. The network will continue to scale through its extensible architecture.

Pervasive Nation also supports two advanced features at scale: the provision of automatic registration hooks for all devices introduced to the network and the ability to locate and track devices without the cost and energy demands of a GPS receiver. These capabilities open a whole new set of possibilities for users.

Pervasive Nation is a national resource open to any individual, researcher, educational institute, business, or agency seeking to test their IoT idea. Pervasive Nation is a pre-commercial, IoT network which supports exploration that allows concepts to progress along the technology readiness scale (up to TRL 7). View Access Charges (pdf) and Infrastructure Access Agreement (pdf).

Contact us to outline your IoT idea. We will explore how Pervasive Nation might be able to help.

We will work with you to create a project plan and work package.
The scale of this plan will determine the cost of access to the Pervasive Nation network.

Our staff will work with you on necessary legal steps leading to project agreement before work begins.

A thorough post- implementation review to capture learnings and plan for next steps.

Webinar - IoT: what does it mean for business?

Webinar - IoT: what does it mean for business?

Read this interview with Prof. Linda Doyle, Director of CONNECT, in which Pervasive Nation is mentioned in a discussion about the future of IoT.

A good overview of Pervasive Nation is provided in Niall Kitson's interview with Prof. Linda Doyle in this TechCentral.ie show.

Get Connected with Pervasive Nation in Croke Park

Learn how the Pervasive Nation IoT network can help with your research and innovation at this special information day in Croke Park on Wednesday, 13 September 2017.

The Engineers Journal profiles Pervasive Nation's collaboration with the Smart Dublin project to tackle flooding in the capital.

Pervasive Nation will demo some marine applications of Internet of Things technology at the Digital Ocean conference in NUI Galway on Thursday, 29 June.

Pervasive Nation is collaborating with Smart Dublin and Intel to deploy IoT rainfall and flooding sensors around the capital.

Kerlink, a global leader in Internet of Things network solutions, is partnering with Pervasive Nation to deploy gateways for our nationwide IoT network.

Pervasive Nation has been nominated for the Outstanding Academic Achievement of the Year at the Irish Software Association Awards 2017.

Semtech Corporation, a leading supplier of analog and mixed-signal semiconductors, has announced that its LoRa® devices and Wireless RF Technology will be used in the Pervasive Nation, low power, wide area network (LPWAN) deployed across Ireland.

During his visit to CONNECT, Minister of State for Training and Skills, Mr John Halligan, learned about some of our smart city technology. The Minister watched as Shane Hamilton and Lye Ogunsanya demo'd a flood sensor from the Smart Dublin project.

What does Internet of Things mean for agriculture? The Pervasive Nation team demo'd the huge potential at the National Ploughing Championships in Screggan, Co. Offaly, in partnership with Science Foundation Ireland and Teagasc.

Leading IoT companies Davra Networks and Orbiwise are to work with the CONNECT Centre in the countrywide roll out of the Pervasive Nation Internet of Things network.

Pervasive Nation is a national resource open to any individual, researcher, educational institute or business. Contact us today at info@pervasivenation.ie or fill in the form opposite.