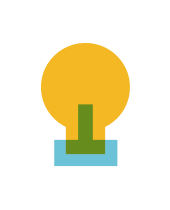 Introduction to Actor Network Theory – A workshop organised by CONNECT’s Orthogonal Methods Group.
10am, Tuesday, 9 February 2016
Dunlop Oriel House, Trinity College Dublin
Actor Network Theory (ANT) proposes a way of thinking about how research is carried out in particular settings and how knowledge is made and distributed. The theory draws upon the idea of a network as a metaphor and organising principle. Actors of various kinds (people, objects and ideas) are conceptualised as nodes in a network. ANT maps the relations, both material and conceptual, between these actors, in order to generate an understanding of the ways in which knowledge is produced and reproduced.
Considering that Actor Network Theory emerged in the 1980s out of a school of engineering in France called MINES Paris Tech, the Orthogonal Methods Group is curious to see whether ANT might be a useful tool for CONNECT in relation to the roll-out of an IoT/5G network (i.e. Pervasive Nation and RadioSpace).
The workshop is structured in three parts:
(0) Introducing ANT by Bernard Geoghan (cultural historian of media and technology)
(1) Using ANT’s technique of Controversy Mapping by Stephen Hughes (PhD candidate at DCU)
(2) Potential for ANT within CONNECT – a group conversation on ANT’s relevance for CONNECT’s research.