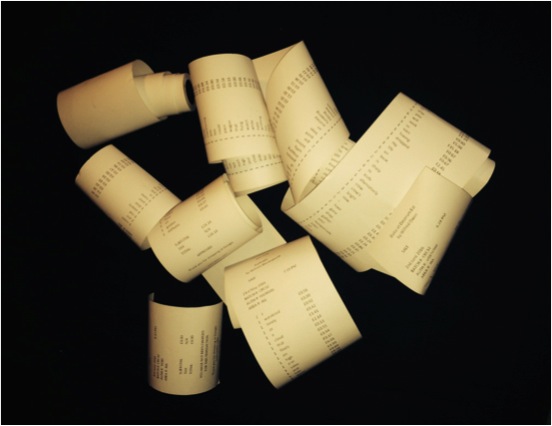 In an age of ubiquitous digital technology and information exchange, the selling of words has never been more lucrative. Digitised words are capable of carrying far more than linguistic meaning, and as such are valuable commodities in the advertising marketplace. Nobody knows this better than Google, which made its fortune from the auctioning of words through Adwords; a form of ‘linguistic capitalism’ (Kaplan, 2014) in which the contextual or linguistic value of language is negated at the expense of its exchange value. In recent months the spread of so-called fake news has been facilitated by Google’s advertising platform AdSense, where the words in a story act as click-bait to generate advertising dollars.

But what are the residual cultural or political effects of this algorithmic exploitation of language? What happens when language becomes a conveyor of capital above a conveyor of meaning? Does this neoliberal infusion of language lead to what we might call sub-prime language, and if so, how long before the linguistic bubble bursts?

As the linguistic data we create and upload is tailored to court search algorithms, and keywords take on referential values unanchored to narrative context, digitised language has perhaps reached peak performativity (Lyotard, 1979); linguistic input narrowed and restricted in order to achieve maximum financial output. This lecture seeks to explore what happens to creativity in language when its passage through digital space is necessarily directed through certain obligatory passage points (Rohle, 2009).

But more than that, this lecture is also an attempt to make the side-effects of linguistic capitalism visible through artistic intervention. The politics which lurks within the algorithmic hierarchies and logic of the search engine industry is often hidden by the sheer ubiquity and in some way the aesthetics of the Google empire. The lecture will therefore also explain and demonstrate my own attempt to reverse this performative logic of production (Lyotard, 1979) in the form of a research/art project called {poem}.py which I hope goes some way in rescuing language from the clutches of the market; re-politicising it (Benjamin, 1936), and reclaiming it for art.

Pip Thornton is PhD candidate in the Centre for Doctoral Training (CDT) in Cyber Security at Royal Holloway, University of London where she is researching Language in the Age of Algorithmic Reproduction. She has recently finished a five-month post as research assistant on the Algocracy and Transhumanism project at NUI Galway.