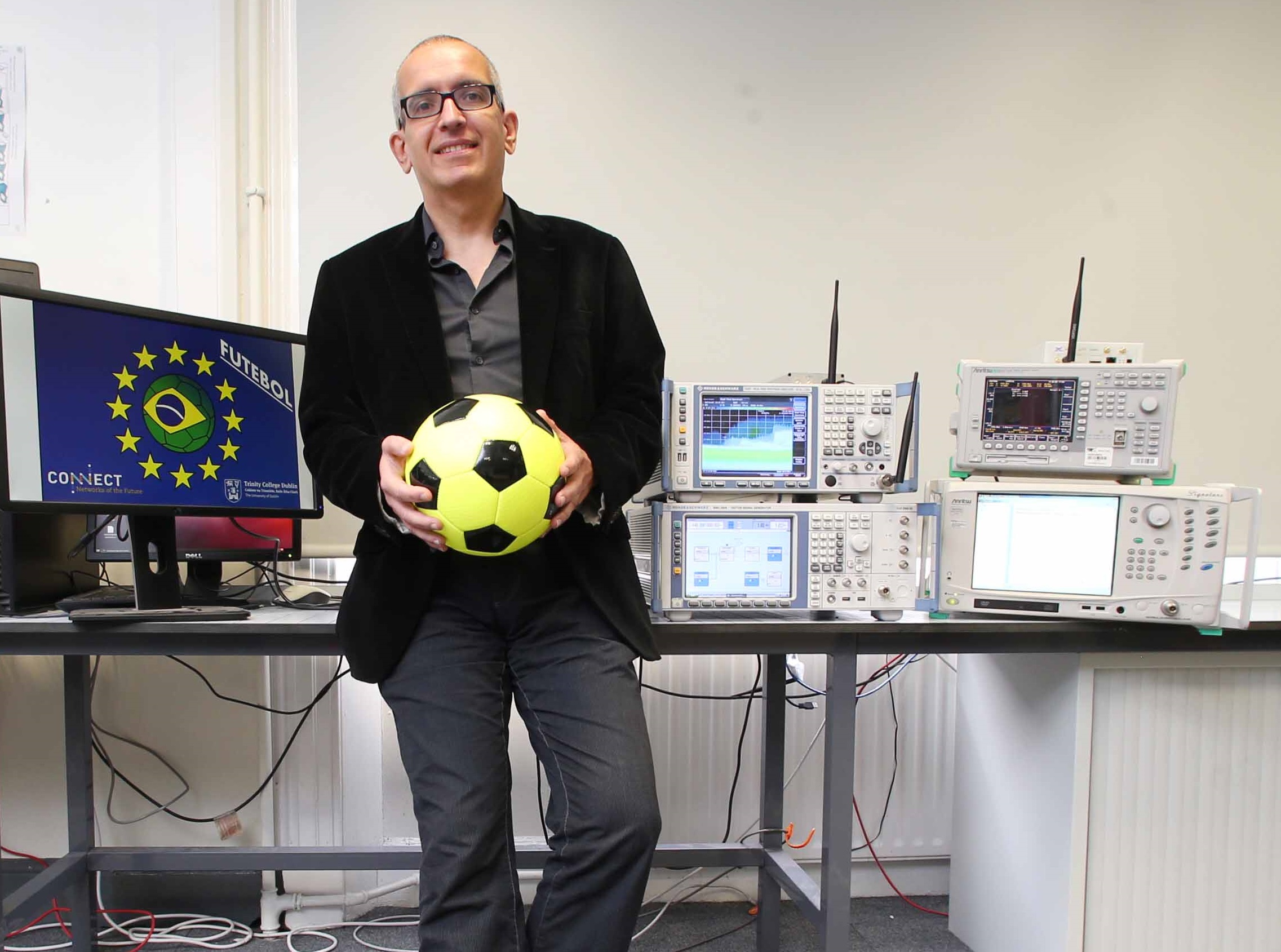 Professor Luiz DaSilva, Professor of Telecommunications at Trinity College Dublin and Principal Investigator at the CONNECT Centre for Future Networks, is to lead an EU-Brazil telecommunications research consortium after winning €3 million in a funding initiative co-managed by the Brazilian government and the European Union’s Horizon 2020 programme for research and innovation.

The team, known as FUTEBOL (Federated Union of Telecommunications Research Facilities for an EU-Brazil Open Laboratory), was the only Irish-led project among the five winning proposals.

FUTEBOL will allow researchers run experiments on a telecommunications network distributed across Europe and Brazil.

“The Internet must evolve to facilitate a new generation of services as diverse as HD video and autonomous vehicles,” Professor DaSilva explains. “New services emerging from the Internet of Things will also have to be accommodated.

“This requires an evolution of both the wireless network to which we connect and the optical network that forms the backbone of the Internet.

“FUTEBOL will enable researchers to experiment at the boundary of these two networks, through a network testbed federation that spans Europe and Brazil.

“We have already developed a very sophisticated testbed here at Trinity College. This can now be used by researchers across Europe and Brazil.”

The FUTEBOL consortium involves 13 partners, eight in Brazil and five in the EU, and is a mix of academic institutions, research centres and industry, including Intel.

FUTEBOL will launch later this year with research work commencing in January 2016.