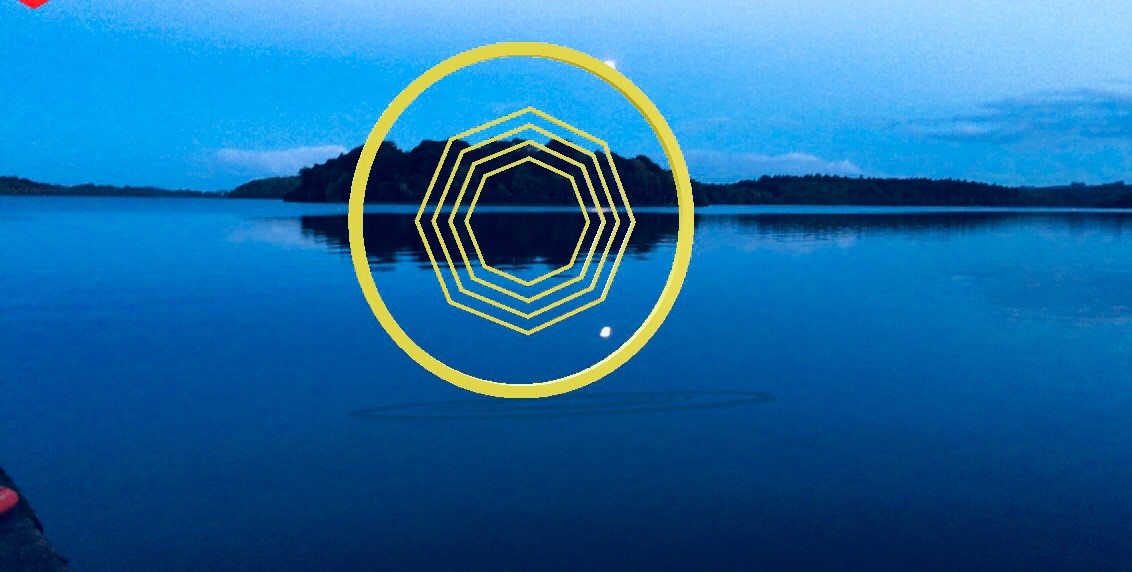 CONNECT’s Fiona McDonald, a member of our creative arts practices team, OMG, has sent us this postcard from Boyle, County Roscommon…

I’ve become increasingly familiar with the five-hour round trip from Dublin to Boyle over the last few months. The drive is long enough to confirm that I have not yet trained the Spotify algorithm to refrain from straying into surprisingly unlistenable tracks!

For the month of September, I had an exhibition called Gateways at King House in Boyle. It came about from a serendipitous meeting with Roscommon Arts Centre curator, Linda Shevlin.

One of the standout works I produced was the GRB-Locator-Array. This is a sculpture which points to the position of transient astronomical events detected by the satellites Integral, Fermi and Swift. This was complicated as it involves using complex code to compensate for the earth’s rotation with libraries specific to astronomy.

Building another work [11111000] with Pervasive Nation allowed me to gain experience of using LoRa networks which use wireless communication over long distances and was the basis for incorporating technology into natural outdoor experiences. The goal of this project was to attempt to represent a large, complex data set such as a transient GRB Light Curve data set detected by the Swift satellite using a low-data and low-power device.

Once retrieved by an intermediary web server, the data is processed and prepared into the appropriate Hex format for sending to the LED structure [11111000]. This process, in the form of a data downlink, is sent via the Pervasive Nation network to broadcast to all gateways. The appropriate device, in this case the LED structure, recognises the message via a LoRa transceiver and incorporates the new data into its display.

The curator Linda Shevlin had seen a real connection between my work and some local history involving UFOs which had fascinated her since moving to Boyle. I also became intrigued with the seductive narrative of the UFO society in Boyle and in particular with the story of Betty Myler, the society’s president. Meyler believed the flurry of UFO activity in the area is due to “ley lines” of magnetic energy – one of which runs through Boyle. Apparently, the extra-terrestrial visitors use these paths as cosmological super-highways.

After visiting a site at Lough Key (looking out to the forested Church Island where Betty Myler had proposed there was a UFO Portal) I was captivated by the idea that sometimes locations become valuable because of their history and the story behind them. So I made a plan to bring people to engage with the site at Doon shore at Lough Key to view a location-based augmented reality work on mobile devices which premiered on Culture Night.

The title of the show Gateways was conceived because of the exhibition’s link to both real and fictional communication systems and also responded to the idea of a portal or gateway to outer space as conceived by Betty Myler.

So, what a month in Roscommon! My work was the outcome of a two-year research project during which I collaborated with a network of researchers across multiple institutes and areas of research. So, thanks to my Art in Science residency at UCD Parity Studios, a commission from Science Gallery Dublin, Science Foundation Ireland and Arts Council Ireland.

Thanks to everyone who helped me!

PS There is also a story, #1542, written by Roscommon Art Centre’s Writer in Residence, Sue Rainsford, in response to Gateways.