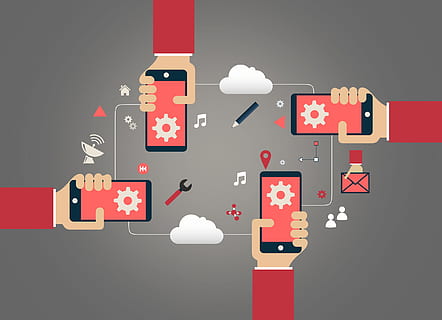 A new measurement study released by CONNECT’s Prof. Doug Leith and Dr Stephen Farrell at Trinity College Dublin, confirms that it is likely to be challenging to use Bluetooth to reliably detect when people using contact tracing apps are within 2m of one another.

The researchers took measurements in several locations in Dublin, in a supermarket, on board a train carriage, sitting around a meeting table, and walking outdoors on a city street and found problems with accurately measuring social distancing using Bluetooth wireless.

Their study is the first to publicly publish measurements of received signal strength in real-world contact tracing scenarios. It has direct relevance both to apps already rolled out and to the Apple/Google API (application programming interfaces) currently being developed and planned for use in many countries, including Ireland.

“We found that the strength of the received Bluetooth signal can vary substantially depending on whether people walk side by side or one behind the other, whether they carry their phone in their back or front pocket, where they place it within their handbag and so on.

“We also found that walls, furniture etc could have a significant effect, especially metal objects such as the shelves and fridges in a supermarket shopping aisle or in a railway carriage or bus. For example, for two people walking around a large supermarket we found that the Bluetooth signal strength is much the same when they walk close together and when they walk 2m apart. When sitting around a meeting table with phones in their pockets we measured the signal strength to be very low even for people sitting next to one another.”

“Our measurements suggest that combining use of an app with adoption of social protocols may well be helpful. For example, placing phones on the table during meetings is likely to make proximity detection using received signal strength more reliable. In locations where Bluetooth reception is problematic entry/exit from the location might instead be logged by for example scanning a QR code or the like while still maintaining privacy.”

The research has been reported on Newstalk and The Irish Times.