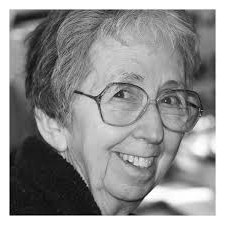 A Conversation with Julie Martin: The History of E.A.T

With access to the avant-garde artistic circles of New York and Bell laboratory Engineers, E.A.T paved the way for a new digital age. The event is now considered a turning point in media art, performance, and art / science collaborations.

This talk is programmed is in collaboration with our Othogonal Methods Group in the context of the exhibition IMMA Collection: Coastlines and digital_self in the IMMA Project Spaces where E.A.T: 9 Evenings Theatre & Engineering archive films are presented.

Julie Martin has been an active figure in the New York art community since the 1960s. After graduations from Radcliffe and gaining a Masters in Russian Studies from Columbia University she worked with Robert Whitman on his theater pieces in venues as varied as Circle in the Square and a swamp near East Hampton Long Island. She collaborated with Whitman and other artists on the now legendary performance series 9 Evenings Theatre & Engineering at the 69th Regiment armory in October 1966 when ten artists who worked with more than 30 engineers from Bell Laboratories to make performance that incorporated leading edge technology. Martin joined the staff of E.A.T., founded that year by Rauschenberg, Whitman, Billy Klüver and fellow Bell Labs engineer Fred Waldhauer, as editor of the newsletter and continued to work closely with Klüver on the great variety of projects that E.A.T. carried out from 1966 to the present that also includes numerous articles on art and technology during the 1980s and 1990s.  Further details here  / Further reading here

The Orthogonal Methods Group (OMG) is a group of artists and non-engineering researchers based at CONNECT. CONNECT is the world leading Science Foundation Ireland Research Centre for Future Networks and Communications. CONNECT is funded under the Science Foundation Ireland Research Centres Programme and is co-funded under the European Regional Development Fund.

Also see here the O.M.G and IMMA collaboration for the IMMA Collection Coastlines.