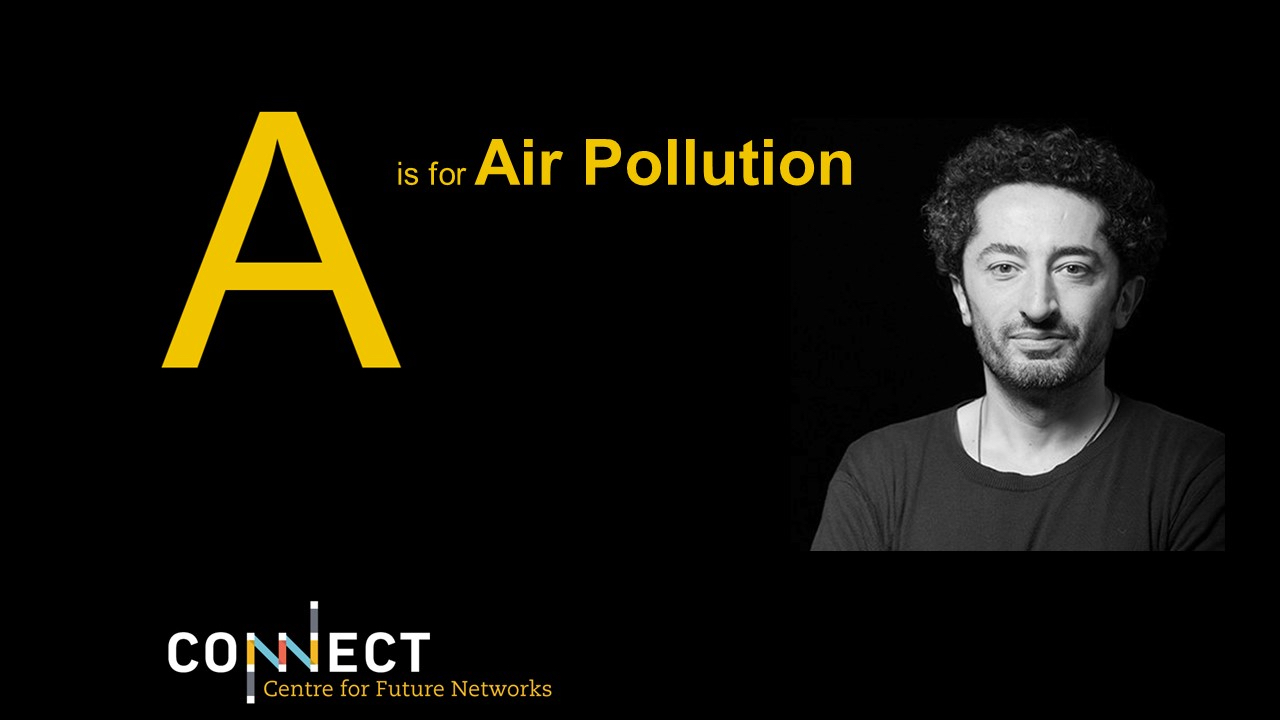 A is for Air Pollution

Air pollution is a huge problem globally. In Ireland, an estimated 1,180 people die prematurely each year due to poor air quality. In Dublin one of the major challenges is the particulate matter in the air, which is linked to health problems such as asthma, heart disease and even cancer.

Francesco Pilla (CONNECT Funded Investigator at University College Dublin) is working with communities, local authorities and researchers in six European cities to improve the monitoring of this harmful air pollution using sensor technology. He coordinates the EU-funded iSCAPE project which aims to improve the smart control of air pollution in Europe.

Francesco is also involved in two other EU projects: Operandum, which – in the context of the climate emergency – uses sensors to understand the risk of flooding in Dublin; and WeCount, which will use low cost sensors for air pollution and traffic monitoring to empower local communities to take action against local air pollution.

Francesco’s research has demonstrated that low walls and particularly hedges can help to protect pedestrians from polluted air coming from busy roads. These simple pieces of urban infrastructure could play an important role in limiting our exposure to pollutants.

Citizen science is a particular focus of Francesco’s research and his work includes communities in the monitoring of air pollution from road traffic.

Read more about Francesco’s research in The Irish Times.