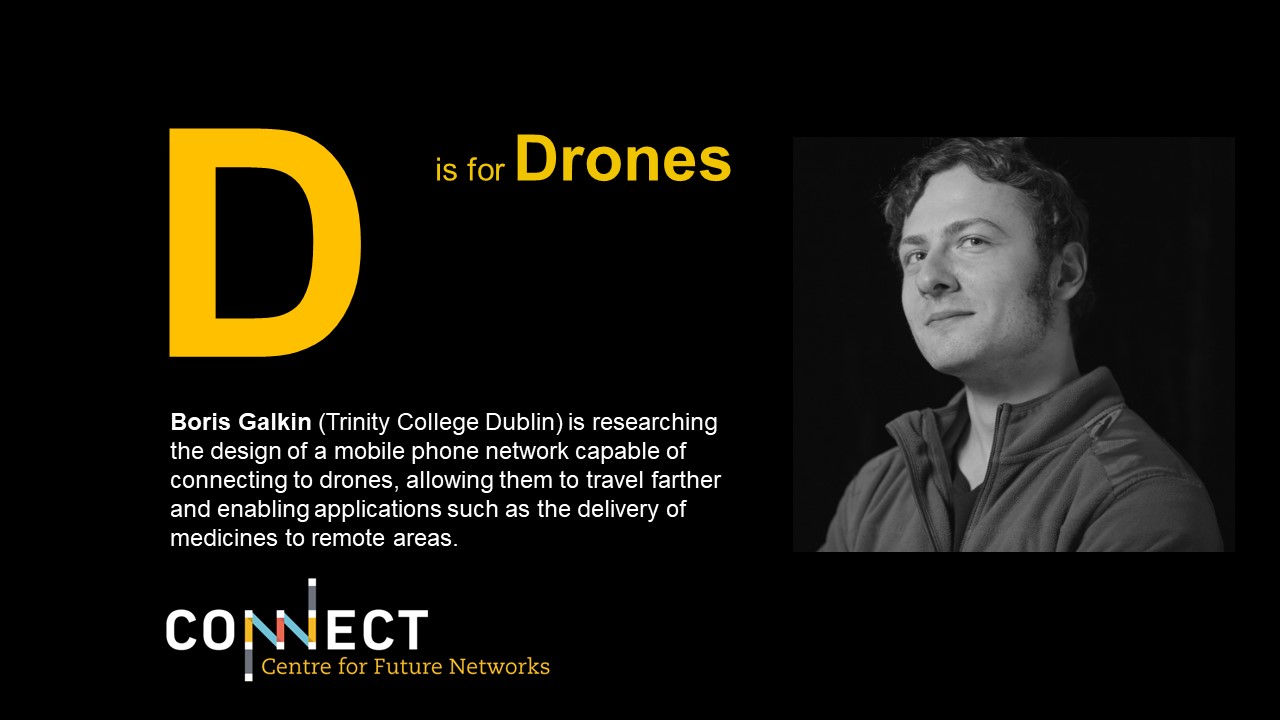 The recent use of a drone to deliver insulin to the Aran Islands demonstrates the huge potential of unmanned aerial vehicles. At present drones can only fly a short distance from their pilot or must fly autonomously, which can be dangerous.

Dr Boris Galkin (CONNECT researcher at Trinity College Dublin) is designing a next-generation mobile phone network which will change all of this by allowing drones to connect – through the network – to its pilot (controller), thereby allowing them to travel much greater distances than at present. This would unlock their potential, allowing more efficient, and safer drone use.

Read these articles on Boris’s drone research from RTÉ Brainstorm:

How drones will revolutionise farming

Battle for the skies: how to protect airports from drones

Boris is particularly interested in the use of drones as mobile infrastructure in situations where the existing network has been damaged by a natural disaster. After Hurricane Maria hit Puerto Rico in 2017, for example, AT&T deployed a flying drone to provide telephone coverage across a 40 square mile range.