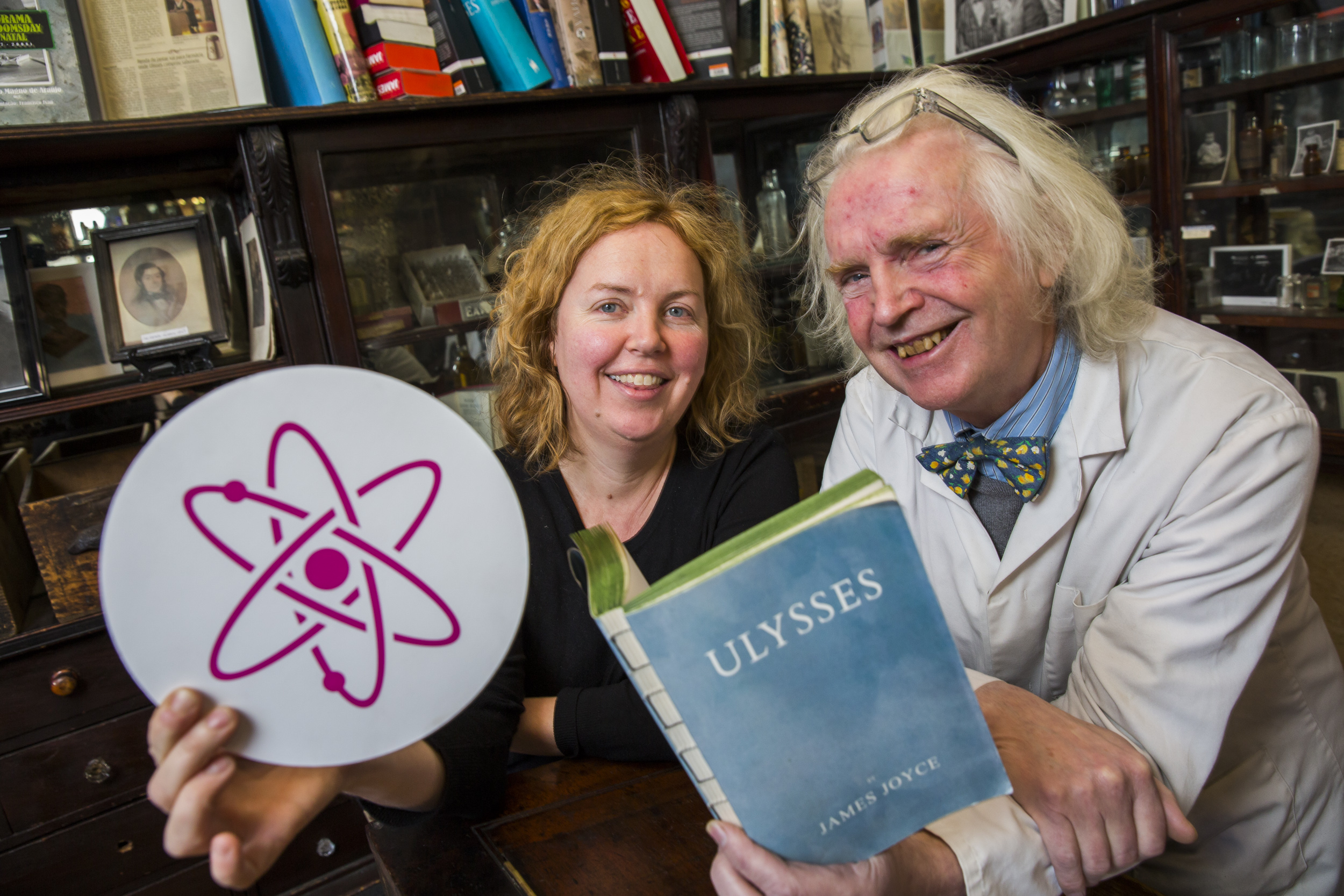 As part of the Centre’s programme of events for Science Week 2016, CONNECT partnered with Sweny’s in Dublin city centre for a public reading of scientifically-themed passages from Joyce’s Ulysses and Finnegans Wake.

Sweny’s is a landmark of Joycean Dublin and is remembered as the spot where Leopold Bloom purchased his bar of yellow soap.

“Though not scientifically trained himself, there are some interesting scientific references in the work of Joyce,” according to Joycean enthusiast PJ Murphy. “His mentions of Einstein’s research are the most obvious. At today’s reading we are paying particular attention to the word ‘quark’ which appears in Finnegans Wake. This was selected by the Nobel Prize winning physicist Murray Gell-Mann as the name for the newly discovered elementary particle.

Professor Linda Doyle, Director of CONNECT and Professor of Engineering and the Arts at Trinity College Dublin, said:

“Accessing science through the arts is a great way to approach abstract scientific principles. Science Week is an opportunity to use literature, music, and sport as avenues to better understand the role science plays in our everyday lives. The themes might not always be immediately obvious but that simply adds to the fascination of learning about the science that is all round us.”