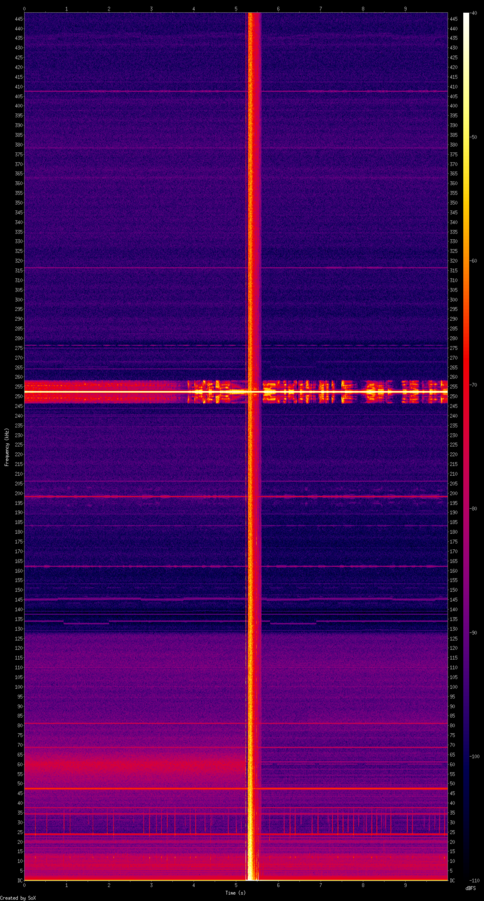 The image, entitled ‘Lightning 1’ shows ten seconds of long-wave radio spectrum as recorded in Dublin before, during and after a lightning strike. The 10 seconds of time are shown along the x-axis and the frequency is shown on the y-axis. The amount of power detected at that frequency is shown by the brightness of the colour.

For example, the horizontal line at 252 kHz shows the RTE Radio 1 transmitter on long-wave. The bright vertical line shows the lightning strike itself.

The spectrum was recorded using a software radio built using Juan Domenech Fernandez’s modification to a BT878A TV card and a long wire antenna. The samples were processed with the sox command line tool to produce a spectrogram.