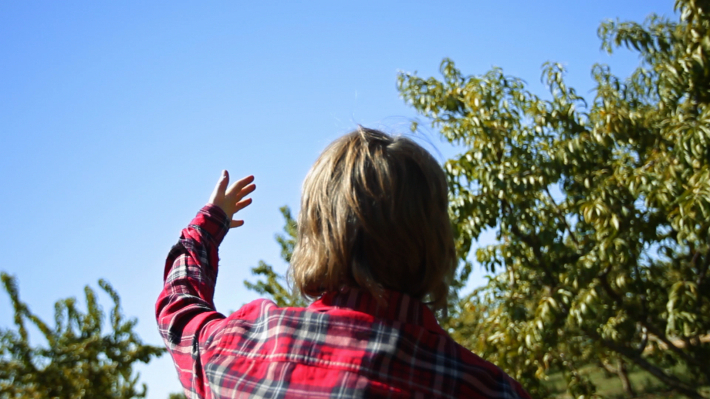 To take part in the writing session on Wednesday 26th, please email engineeringfictions@connectcentre.ie – places are limited to 10.

For this two-part session of Engineering Fictions, Dublin-based artist duo Kennedy Browne will catalyse conversation and writing around entrepreneurial governance and the ‘Silicon Ideology’.

Sarah Browne and Gareth Kennedy are currently devising a new work, as part of their ‘Redaction Trilogy’, and they would like to engage with CONNECT researchers as part of this process.

The final work in development for the Redaction Trilogy explores the legacy of the ‘Silicon ideology’, addressing ideals of freedom and escape, to and from technological enclosures.

To do this, Kennedy Browne is scripting an immersive virtual reality experience for an Oculus Rift headset.

Kennedy Browne will introduce aspects of their working process and screen the second part of their ‘Redaction Trilogy’, The Myth of the Many in the One.

This video was produced in summer 2012 on location in San Francisco and Silicon Valley, California. It draws on the genre of the business biography, attempting to decode the ‘Silicon Ideology’ of masculinist myths surrounding visionary, entrepreneurial leaders of the tech industry – Bob Noyce, Bill Gates, Steve Jobs and others.

It does so through compositing (redacting) stories of their formative boyhood years into a singular narrative, performed by a child actor.

In this writing session a spectrum of exit strategies (from the ‘Silicon Ideology’) will be introduced: from libertarian Peter Thiel‘s proposition that democracy and freedom are no longer compatible, to privacy activist Max Shrem’s attempts to secure access to his personal data under the EU Charter for Fundamental Rights.

In these narratives, Facebook emerges as a key territory of pseudo-civic “community”: site of investment by Thiel; purchaser of the Oculus Rift from Luckey; and keeper of data from Shrems (as well as millions of other EU citizens).

Kennedy Browne (est. 2005) is the collaborative practice and identity of Gareth Kennedy and Sarah Browne. Kennedy Browne seeks to address the supposedly eternal narrative of neoliberal capitalism as a fiction, and to do so by generating Other, competing fictions in order to cultivate new economic and political imaginaries of difference. These fictions tend to be developed from existing, marginalised materials from within the plot of global capitalism. The use of readymade material in combination with a collaborative method of scripting ensures that Kennedy Browne’s fictions are networked to a variety of complicated but ‘authentic’ reference points rather than tied to a singular author.

Solo exhibitions include The Myth of the Many in the One, Wilfried Lentz Gallery, Rotterdam (2014); How Capital Moves, Limerick City Gallery of Art Offsite (2011) and 167 at the Centre Culturel Irlandais, Paris (2010). Group exhibitions include Silence. Darkness, at Tallinn Kunstihoone (2016), Liquid Assets at the Steirischer Herbst Festival, Graz, Austria (2013); CAPITAL, the Bern Biennial, Switzerland; Seeking Silicon Valley, Zero1 Biennial, San Jose (all 2012) and L’Exposition Lunatique, Kadist Foundation, Paris (2010). Kennedy Browne co-represented Ireland at the 53rd Venice Biennale with their respective solo practices. In 2017, Kennedy Browne is scripting a new work in immersive virtual reality as the concluding part of their Redaction Trilogy.

The introductory session and informal screening on Tuesday, 25th April is public and open to all. (Please note, Dunlop Oriel House has no elevator and lots of stairs.)

To take part in the writing session on Wednesday 26th, please email engineeringfictions@connectcentre.ie – places are limited to 10.

No prior experience required, just bring along something to write with (pen/paper) and an open mind.

Sessions usually last 90 mins or so.