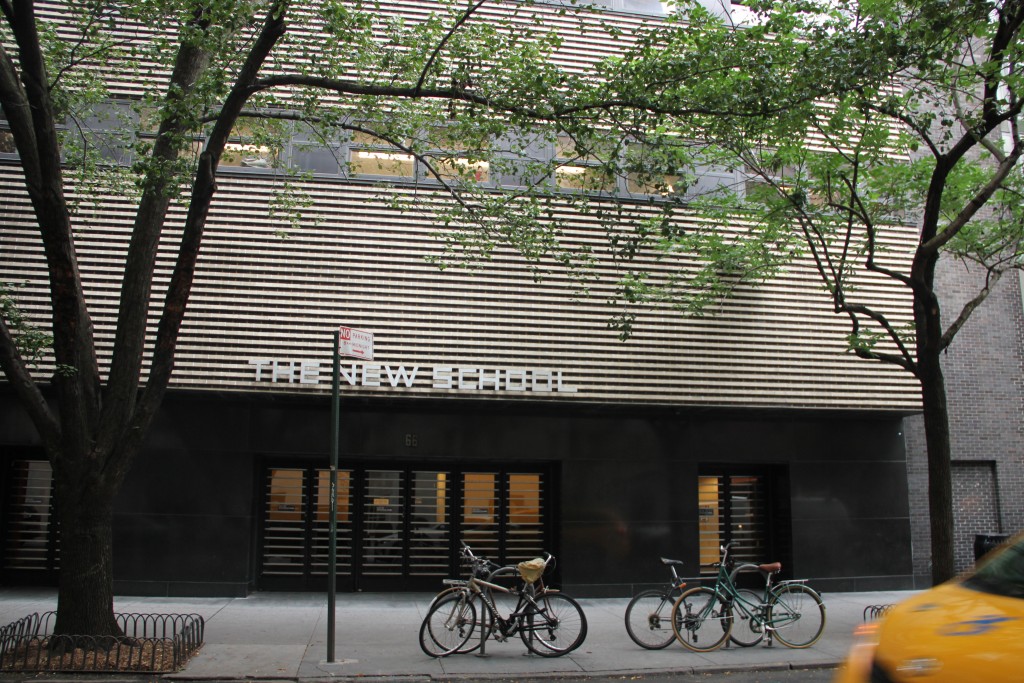 Fiona McDermott is a PhD researcher at CONNECT in Trinity College Dublin, and a 2017-2018 Fulbright Visiting Scholar in the New School, New York.

I have had the good fortune of spending the past academic year in the US on a Fulbright award that is co-sponsored by the Environmental Protection Agency Ireland. While here, I’m a visiting researcher at the New School in New York City.

My research looks at the ways in which Internet of Things and associated data-driven technologies are being applied to urban infrastructures. This involves researching the applications at multiple scales – from individual physical objects, to giant network and data infrastructures, and all the human connections that support them in between. As part of this, I do fieldwork with different city agencies like the NYC Mayor’s Office of the Chief Technology Officer, the Public Design Commission, the Department of Sanitation, etc., to understand how the technologies are adopted, how they affect modes of governance, how they change physical infrastructures, and how they alter operations and time structures.

It’s fascinating to compare this with other cities and to see how factors like value systems, organisational structures, labour practices and data governance play out in different contexts. In addition to the contemporary situation, my research also considers the longer historical arc of how the design of technological artifacts and systems has shaped the city, so I have been taking advantage of the huge range of resources including the likes of the Cooper Hewitt Design Museum and the NY Municipal Archives.

At the New School, I’m hosted by Professor Shannon Mattern, at the Department of Media Studies whose work on contemporary technological development in cities has long been inspiring to me, so it’s been an incredible privilege to work under her guidance over the year. The New School itself has a very interesting history – it was originally founded by an offshoot of progressive academics from Columbia University in 1919 and later, in the 1930s, established itself as a University in Exile for academics who were escaping adversarial regimes in Europe. Today, the New School still prides itself as being a forward-thinking institution and it has a strong focus on social sciences, liberal arts, design and public policy. I find the university to be unique for the ease by which different disciplines mix – it’s very normal to have faculty and students from design and technology working together with anthropology, or fine arts collaborating with political science. Equally inspiring are the many new institutions which focus on critical examination of the social and cultural implications of technology that have emerged in New York recently. These included the independent institution Data & Society, AI Now at NYU and the Digital Equity Lab at the New School – all notably run by women too.

Of course New York is one of the great masterclasses of diversity and density and with this comes the animated street life that many associate with the city. Even within the ‘culture of congestion’, the city, it feels, is undergoing something of a transformation with impressive new public spaces and parks opening all the time. For a place that offers a dizzying overabundance of choice, I think I’ve enjoyed most the simple pleasure of walking the streets and seeing the multiplicity of neighborhoods blend into one. The footpaths of Nassau Street will never seem so slim.