Here are some recent high-impact publications from CONNECT researchers… 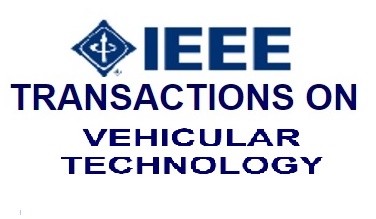 What’s this paper about?
Drones are becoming increasingly common in everyday life, and mobile network operators are taking an interest in using these flying machines to provide mobile phone service in areas where the typical mobile phone tower is insufficient.

To unlock their full potential we need mathematical models which describe the quality of mobile phone service which can be delivered by these drones for given network conditions and drone configurations.

What have you discovered?
This work, for the first time, characterises the achievable mobile service quality in terms of parameters such as the drone height above ground, and the density of drones per unit area.

It demonstrates that there are certain heights that drones should fly to provide the best phone service for users on the ground, and that these heights will be affected by the surrounding environment.

It also demonstrates how, in some cases, network performance can be improved by having the drones arrange themselves in a rectangular lattice above the network user locations.

So what?
This work is facilitating the integration of drones into commercial applications such as mobile network service delivery. Drones are an incredibly flexible technological platform due to their ability to rapidly move in 3D space.

By studying and describing the quality of service that can be achieved by these devices we lay the foundation for designing intelligent drone networks, where drones use artificial intelligence techniques such as machine learning to make decisions on how to deliver the best possible service to the end user.

What’s this paper about?
Traditionally, interference in a wireless communication system has been considered to be a bad thing, and it is usually avoided where possible. The basic idea behind physical-layer network coding is to use clever signal processing to make interference into an advantage (interfering signals contain information, after all). In this paper, we investigate how to use this basic idea also in systems which employ multiple antennas at the transmitters and receivers, since the use of multiple antennas is known to give very large advantages in terms of overall data rates and/or reliability.

What have you discovered?
In this paper we have demonstrated how physical-layer network coding can be applied in the situation where multiple antennas are used at the transmitter and receiver. In addition, we showed (using a rigorous mathematical analysis) that our proposed method is optimal in the sense that it achieves the best overall reliability of communication. We also showed that the previously accepted state-of-the-art solution in this field was significantly far from optimal in this regard.

So what?
This means that future networks can allow individual devices to transmit at the same time and frequency (allowing them to interfere with each other), while still ensuring reliable reception of the interfering signals. This methodology has the potential to double the overall data rates achieved in the network, as compared to a system which does not allow interference.

What’s this paper about?
This is the first comprehensive review of MEMS-scale electromagnetic vibration energy harvesters (EMVEH), and their use as a replacement for batteries in Wireless Sensor Nodes (WSN).

It explores progress in this field and outlines the major obstacles to their implementation. It also proposes a roadmap for the realization of highly integrated energy harvesting units using Micro-/Nano-magnetics.

What have you discovered?
Scaling has a detrimental effect on the effectiveness of MEMS Electromagnetic Vibration Energy Harvesters (EM-VEH) which limits the output power to hundreds of picowatt to few nanowatt range, but this paper presents a unique way of addressing this with novel device topologies along with the integration of optimized arrays of micro-patterned magnets that enable the harvester unit to generate substantial amounts of electrical power of 1.25microwatt in overall thin MEMS structures of EM-VEH by enhancing the associated electromagnetic interaction dramatically.

So what?
Micro-scale EH devices have a bright future. Such devices along with miniaturized power conversion circuits can potentially lead to the integration of complete EH systems leading to autonomous IoT. Since the IoT era will involve the use of billions of Wireless Sensor Nodes (WSN) any energy savings which can be made in the powering of these WSNs will be significant. The novel device topology for the MEMS Scale EMVEH proposed in this paper will dramatically improve the power outcome of the device, and could bring about a paradigm shift in IoT.

What’s this paper about?
Broadband telecommunication networks are typically designed for deployment in countries and regions with developed economies. These deployment models are based on several assumptions such as the availability of reliable infrastructure like an electric grid, and a telecommunications infrastructure (buried ducts, and poles for aerial cables). The associated cost and revenue models are also designed for high-GDP countries: this makes these solutions unsuitable for deployment in the developing world. This paper describes new solutions to deliver broadband telecommunications networks in the developing world. It is based on technology currently being tested in low-income areas, such as rural China, to reduce the global digital divide.

What have you discovered?
The issue with applying current broadband solutions to developing counties goes beyond the cost-revenue problem. The unreliability of existing telecommunications infrastructure and power grids, together with the presence of harsh environments requires a complete architectural re-design.

The paper suggests two new architectures: One is to build a telecommunications network centred around small and medium-sized data centres, which operate not only as computing nodes, but also as service centres hosting the network infrastructure, in a fully integrated solution. These are containerised computing nodes that can be promptly deployed in any area. These also create new economic means for the local population, e.g., it prompts the use of renewable energy sources to power the data centres, creating a new focal point around which the local community can start building a new digital economy.

A second solution is based on the adaptation of current fixed access network solutions to fit the topological features of rural villages where the functionality and positioning of network nodes is locally re-designed around the village’s own structure.

So what?
The real obstacle to solving the digital divide on a global scale is about scalability in providing network services to several billion people in areas with little existing infrastructure and low GDP. Providing once-off economic incentives based on the deployment of infrastructure designed around high-income regions can do little and cannot reach a global scale.

However, adapting the solution to the specific strengths of the target area, enables its full integration with the geographic characteristics of the area to be served, and the social and economic life of the local communities. This can indeed be a great opportunity where local communities can be helped to grow their own economy, around their own strengths, in a way that remains self-sustaining for the foreseeable future.

What the paper is about?
This paper is about increasing the capacity of a communication network by deploying self-backhauled base stations, and investigating how these can be a viable component for future networks.

Self-backhauling appears attractive as it enables access and backhaul transmissions using the same wireless technology in the same spectrum resources. Thus, it avoids the large investments required to extend the wired backhaul infrastructure towards each new base station; and eliminates the need to acquire additional spectrum resources dedicated to the backhaul operations.

What have you discovered?
We showed that a self-backhaul architecture supported by massive MIMO (mMIMO) wireless backhaul offers data-rate improvements between 30% and tenfold for cell-edge User Equipment compared to mMIMO direct access architecture. Where mMIMO is used to provide access, without self-backhauled base stations.

Conversely, mMIMO direct access outperforms self-backhaul above the 50-th percentile of the CDF statistics of the rates, meaning that the bandwidth splitting between access and backhaul services turns out to be a big limitation in the self-backhaul architecture. Indeed, the losses due to this split outweigh the gains provided by the deployment of self-BH base stations.

So what?
In sub-6 GHz bands, the results do not encourage the adoption of self-BH as a unique solution to improve the network capacity in the entire cell/sector area. We concluded that it is better to use mMIMO direct access to connect the UE directly in a large part of the cell/sector area, and adopt a self-BH architecture to connect those UEs at the cell-edge with poor performance.

For the next step, we plan to use self-backhauling with a different purpose: To offer better line-of-sight connectivity in mmWave bands where we could leverage the flexibility of self-backhaul base stations to relay the signal when the direct path is blocked.

What’s this paper about?
The integration of technologies such as 5G with traditional embedded physical systems has led to the foundation of a new type of system known as cyber physical systems (CPSs).

The majority of CPSs are deployed in vital, life-supporting devices and in critical infrastructures so privacy is a critical issue as any information leakage can result in very serious consequences.

In order to overcome these issues, researchers have proposed a privacy-preserving strategy named differential privacy, which protects the privacy of CPSs by adding an adequate amount of noise.

So what?
This article is a one-stop-shop tutorial to introduce the field of differential privacy and CPSs. It provides a detailed road-map towards development of efficient privacy preservation for CPSs.