Here are some recent high-impact publications from CONNECT researchers. Topics include algorithms to tackle fake news, virtualisation of fibre-to-the-home networks, drones for wireless connectivity, spectrum sharing for 5G, connecting cows to the cloud, and microbatteries for IoT sensors.

What’s this paper all about?
Unmanned Aerial Vehicles (also known as drones) may act as flying mobile phone infrastructure and have attracted the attention of the wireless communications community. This paper reviews solutions to one significant drawback: the limited battery life of drones, which currently restricts their flight time. The paper examines drone battery recharging/replacing, battery energy storage, and shows how the battery life of drones is expected to change in coming years.

What exactly have you discovered?
By deploying specially designed recharging stations on building rooftops in urban areas, drones are capable of operating over extended periods of time. The design of each recharging station has its own strengths and weaknesses, whether it is cost, safety or drone service delay. The most suitable recharging scheme depends on the type of service the drone is providing.

Several new types of battery technology are currently in development and will become commercially available within the next several years; these have the potential of significantly extending the flight time of drones before they need to recharge.

So what?
The types of service that a drone can provide will largely depend on how long it can stay in the air before needing a recharge. By implementing drone recharging infrastructure and by adopting new battery types, drone technology can be made more effective, and can thus deliver new types of services.

What is this paper all about?
The widespread use of sensors in the IoT requires improved miniature energy supplies for long-life operation. This paper describes a flexible polymer gel electrolyte for use with germanium anodes in a lithium-ion microbattery. Germanium has a high energy density but undergoes expansion and contraction during charge and discharge which cause cracks and loss of contact that limit the cycle life. To mitigate the crack formation, a flexible polymer gel electrolyte based on ionic liquid electrolytes has been synthesised with favourable properties (high ionic conductivity 600 times greater than conventional solid-state electrolytes, e.g. LiPON). Germanium anodes used in conjunction with the polymer gel electrolyte demonstrated coulombic efficiencies greater than 99% at typical 1 hour discharge rates.

What exactly have you discovered?
We have developed a simplified synthesis of the polymer gels for lithium ion batteries, which does not require high temperatures or drying under vacuum. Our method can be performed outside of a glovebox at moderate temperatures (50°C). No further treatment such as soaking in electrolyte, or UV irradiation is required once dry. Also, for the first time, the compatibility of DC sputtered Ge thin films with ionic liquid based polymer gel electrolytes is analysed electrochemically.

So what?
The results demonstrate that germanium can be used as an anode in lithium-ion microbatteries with a stable thin film polymer gel electrolyte using non-volatile and non-flammable ionic liquids. This combination offers long cycle life, good cycling efficiency and high electrode energy density to decrease battery size for IoT sensor implementation.

What’s this paper all about?
This paper describes how lameness in dairy cattle can be detected at an early stage, i.e., before visual signs appear to be seen by a farmer. The project draws its results from testing on a dairy farm in Waterford and involved putting wearables on cow’s feet, connecting them to the cloud, and analyzing this data for the early detection of behavioural anomalies.

What exactly have you discovered?
Our system delivers a lameness detection alert up to three days in advance of manual observation using an end-to-end IoT application that leverages advanced machine learning and data analytics techniques to monitor the cattle in real-time.
Fog-based computational assistance enables the intelligent processing of data closer to the source, reducing significantly the amount of data transfer to the cloud.

So what?
Early detection of illness allows appropriate interventions to be made, leading to better outcomes for animal health and, in turn, leading to increased productivity and milk yield. Wearable technology for livestock, in conjunction with advanced machine learning methods, has the potential to lead to robust early warning systems to detect disease development early on.

What is this about?
This research paper presents a set of algorithms that identify ‘super spreaders’ – key users of social media platforms such as Facebook and Twitter – capable of spreading information to a large subset of other users.

What have you discovered?
We have discovered that our algorithm outperforms all other methods, in various simulation experiments, accurately mimicking the behaviour of spreading processes in social networks. Our methodology was evaluated in a large set of real and synthesized networks.

So what?
The ability to identity social media super spreaders will help to isolate them, thus preventing the diffusion of undesirable information, such as fake news.

What’s this paper all about?
One of the major challenges for the successful deployment of 5G and beyond-5G networks is to accommodate an unprecedented number of devices/users into a limited amount of wireless spectrum. Spectrum sharing is a potential solution to mitigate the problem of spectrum scarcity, where radio spectrum is shared among licensed and unlicensed users for efficient spectrum utilization. Non-orthogonal multiple access (NOMA) is another paradigm shift to facilitate massive connectivity, where multiple users share the same resource block (a time slot and/or a frequency band). In this paper, we investigate how to combine these two technologies for a multiple-antenna-assisted receiver architecture to further enhance the spectrum utilization efficiency.

What exactly have you discovered?
We have derived the fundamental performance limits for the unlicensed user in terms of the average achievable data rate, reliability (in terms of outage probability) and asymptotic behavior of the system. We analyzed the performance of a new cooperative relaying protocol based on the principles of NOMA under a spectrum sharing scenario, which enhances the spectral efficiency of the unlicensed user.

So what?
This means that next-generation networks can benefit from the fusion of these two technologies, i.e., spectrum sharing and NOMA. This hybrid methodology has the potential to increase the data rates achieved in the network and thereby reduce the spectrum scarcity, compared to the existing systems which use orthogonal multiple access (OMA) and only allow spectrum access to licensed users. 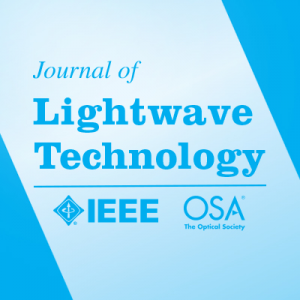 Title: Moving the Network to the Cloud: The Cloud Central Office Revolution and Its Implications for the Optical Layer
Authors: Marco Ruffini, Frank Slyne
Journal: Journal of Lightwave Technology

What’s this paper all about?
In the past few years telecommunications have seen a strong movement towards open systems, a revolution known as Software Defined Networks (SDN). In the past, only a few large companies had the know-how to develop network components as they needed to provide hardware and software, closely integrated. SDN instead separates the two parts, so a much larger number of companies (including start-ups) can focus on developing the software part, which is much more accessible. The software can then be used to control the hardware (which can be purchased at much lower cost, as it does not bear any software development) using open source tools.

This paper starts with a tutorial description on how this trend has developed over the last few years and presents the current state of the art. It then focus on our specific contribution to virtualisation of fibre-to-the-home networks, and concludes with a short business case and future vision.

What exactly have you discovered?
In this paper, we have pushed the concept of network virtualisation for optical access networks further than anyone before. Current virtualisation methods allow multiple telecom operators to share the same infrastructure through the network virtualisation concept. This is applied at a high level in the software, which means it works well for providing general broadband services, but it cannot guarantee the operators the fine granularity of control (i.e., in the capacity and latency of the communication) that is required for new 5G services (such as augmented reality, haptic feedback, safety communication features for autonomous driving, etc.). Our method pushed the virtualisation deep down to the control of individual packets of information, so that an operator that shares infrastructure can control its behaviour on a very fine level, as if it completely owned the infrastructure. This is what we mean by full or deep network virtualisation.

So what?
This concept, patented in Trinity College Dublin, has already been embedded in two standards (Broadband Forum).

This will enable a low cost technology called the Passive Optical Network, which is currently being deployed around the world to provide high-capacity fiber-to-the-home, to be extended and used for future generations of networks (5G and beyond) and applications. This has received strong feedback from large operators, such as Vodafone and NTT, which contributed directly to its inclusion in the standard.